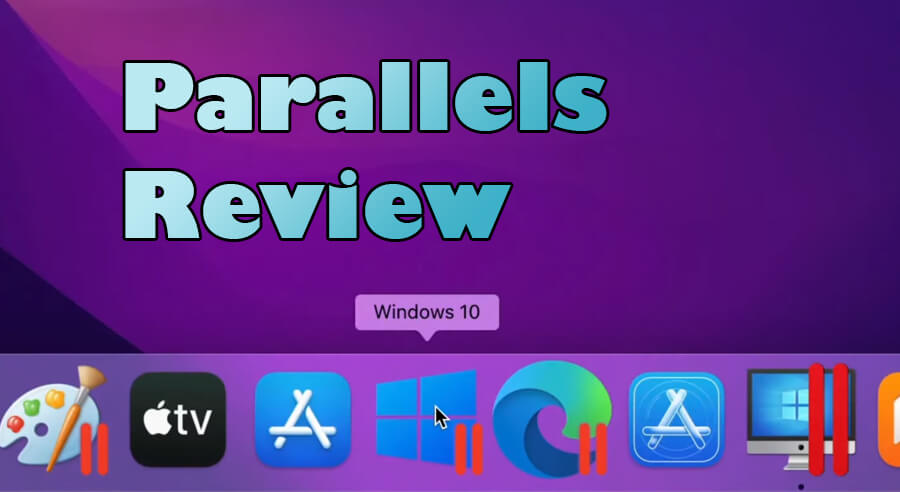 This comes as no surprise, but your Mac can’t run a Windows software. Which is a shame, since a lot of highly useful applications are not produced to run on macOS. But a solution for this problem exists. Parallels Desktop breaks the barrier between the operating systems. In this Parallels review, we will take an in-depth look at Parallels Desktop for Mac, how it helps running Microsoft Windows applications on your Mac, what features it has, and how much it costs.

Parallels Desktop for Mac is a software that allows to run Windows or any other operating system on a Mac computer. With Parallels, you can use Windows apps and games, previously unavailable on Mac. It supports every Apple OS, as well as DirectX 11, multiple external devices, shared storage, and much more.

Why Do You Need Parallels Desktop?

As mentioned earlier, Mac uses are often blocked from enjoying a multitude of applications that run exclusively on Windows. Many popular office, management and creativity apps weren’t developed to have a native version for your Mac device. This can severely limit the Mac experience, since the popular software is locked away from your reach.

This is where Parallels Desktop for Mac comes to your rescue. It lets you use the Windows operating system (and Linux, too) along with Mac’s own operating system. This opens a whole new world for you, because now you can also use such applications as:

Parallels Desktop (currently at version 17) accomplishes this by creating a virtual machine (VM) inside the Mac. It functions as an actual PC that runs inside your Mac, side by side with Mac’s own OS. You can install Microsoft Windows on this VM, and then any other Windows software you’d like.

Parallels comes packed with a great number of helpful features.

Parallels Desktop is noticeably flexible. It can run any of the following operating systems:

Additionally, it’s compatible with Apple’s desktop OS, such as:

Usually, a virtualization software requires from the user to provide an installer or disk image. Parallels Desktop, on the other hand, lets you create a new VM or use an already existing one. If you select to make a new VM with Parallels, you can try any of the following options:

The latest version of Parallels Desktop comes with a full support of Windows DirectX. This is a huge step forward, since now gamers and CAD users can enjoy using their favorite software on Mac.

Previously, 3D graphic software could not run on Mac, even if you were using Parallels. With the new Parallels Desktop, you can play any game and use such CAD software as Autodesk 3ds Max. They will run just as efficiently and smoothly as they do on your PC.

With Parallels, you can organize your working environment to fit your personal preferences. The software has 3 screen options:

Here is a demonstration of the Coherence mode:

Another amazing feature is the ease with which you can send files from Mac to the OS you’re running with Parallels. You can either drag-and-drop or copy-and-paste files into the VM, as if they were a part of one operating system!

You can switch between macOS and Windows with a swipe gesture. No computer reboot is needed. This is as simple as switching between browser’s tabs.

Here is another cool feature: with Parallels, you can use your Mac desktop’s Dock to launch Windows apps and folders. This is another big step into fully integrating two operating systems on one device.

Your data is completely secure with Parallels Desktop for Mac. The data on your VM will always be encrypted, which makes it inaccessible even to the most advanced hackers.

With Parallels, both Windows and Mac systems will share one cloud storage. This eliminates the tiresome task of searching for your personal documents in different storage spaces.

Let’s assume you’re using such Windows applications as CorelDRAW, Microsoft SketchPad or Corel Painter. With Parallels, you can combine your user experience with such exclusively Mac features as Apple Pencil and Sidecar.

In other words, you can work with those applications while utilizing Apple Pencil or using the iPad as an additional screen. Combining PC apps with Mac features, who would have thought this is going to happen one day? 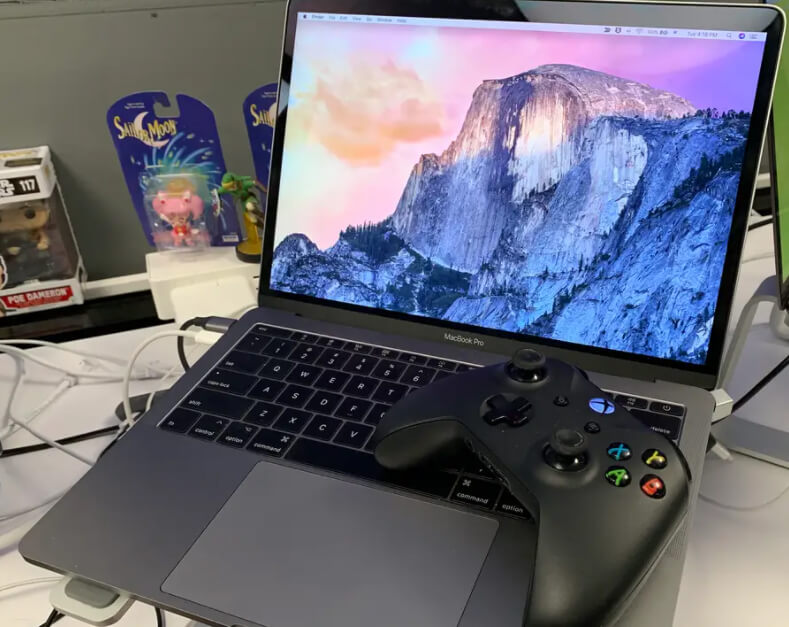 The new Parallels Desktop lets you connect multiple devices, using any of the following ports:

Bluetooth, for example, can be utilized to connect such devices as:

Furthermore, Parallels lets you use smart home appliances and other IoT devices.

Whatever device you connect via Parallels – it will be displayed and controlled by both operating systems.

Since many companies usually send emails via Microsoft Outlook, you can do the same while still using your Mac. Find any file you wish to send with Mac Finder and right-click it to share. One of the options displayed for you will be “Send with Windows Email App”. You can now send this file from your Mac via Windows email app.

Some features are available only if you choose a subscription plan (see below):

At the moment of writing this review, Parallels Desktop can be purchased according to any of the following plans:

Please notice that all these plans are for a new license.

If you wish to upgrade an existing license, the prices are:

You can check for current prices and discounts by clicking here. You can also download a free trial to try this software for free for 14 days.

If, for whatever reason, you are dissatisfied with the product, you have 30 days to ask for a full refund.

All in all, Parallels Desktop for Mac is an absolute necessity when you wish to enjoy both worlds, Mac and Windows (or some other operating systems). It is seamlessly integrated on your computer, allowing to quickly switch between two sets of apps, and, as mentioned earlier, sometimes these apps and systems even interact between them.

We have installed Parallels Desktop on three different computers, and so far, the software has been running smoothly, performing exactly as advertised.

Parallels also has a 24/7 customer support which can be contacted via their website. In the few occasions we had to interact with their support team, they have always been courteous and helpful.

My final verdict – definitely give it a try. It opens so many possibilities for any Mac user.

Alex is a software reviewer and developer, with decades of experience in programming and software quality testing.

link to Corel PaintShop Pro Review: Edit Your Photos Like a Pro

Digital images have become a major part of our daily lives. And with the rise of digital photos, there is also the rising need to edit them. If we take a look at the world of photo editing software,...

As someone who takes a lot of digital photos, I always have the need for a simple, easy-to-use software that can help me edit and handle my images. I am sure that many of you share the same need. We...

Hi, I'm Alex, and I am the person behind Software Checking blog. I have over 20 years of experience with software and programming. I dedicate my time to finding the absolutely best software and giving it a thorough and honest review.

This site is owned and operated by Alex Rejba. SoftwareChecking.com is a participant in several affiliate programs and is compensated for referring traffic and business to software and other companies.